LEON RUINS: what is left of the second oldest city of Nicaragua. Leon Viejo is nothing but ruins. 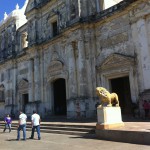 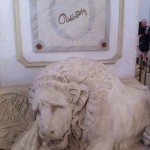 Leon was established in 1524, and was one of the most important city of the region. Gold from Nicaragua and other countries was traded in Leon. The city was built close to Lake Managua (XOLOTLAN) and the Momotombo volcano. When the Momotombo erupted in 1610the inhabitants rapidly left the city in fear of the volcano. A new city was built some 30 kilometers to the west, where it still is today.

What you can see at Leon Viejo are the foundations of the houses, as well as some partially restored important buildings, like the church, the Spanish conqueror who establish the city, Francisco Hernandez de Cordoba, was murdered by Pedrarias Davilahere as well, and his beheaded body has been found next to the body of his murderer. You can see the Cellar where they were found, as well as a statue of Hernandez de Cordoba holding his remains and other bodies found beneath the statue.

One of the most beautiful Landscapes is the Mirador de Catarina, from where you can look over the Laguna de Apoyo, Colonial Granada, Lake Nicaragua and Mombacho volcano.

Catarina is very much known for all the flowers plants and handicraft.

Laguna de Apoyo. It is the most beautiful volcanic lagoon in the country. This place is one of Nicaragua paradise. Here you can find nice restaurants and hotels to make your stay just wonderful. Among the activities to take advantage of during your stay is swimming, kayaking, hiking and scuba diving.

In the tropical forest surrounding the lagoon you can see Toucans, blue jays, howler monkeys, white face monkeys and more.

Masaya volcano is one of the most active in the country. This is the only volcano that you can drive all the way to the rim with your car and look right down into the impressive crater. From here you have spectacular sight of surrounding that includes the city of Managua, Granada and also the spectacular Lakes.

At the entrance to the park there is small museum that explains the history of the volcano and other relevant information.

Back in the days, the locals in fair would worship this volcano and any activity produce by it would be considered as displeasure from their gods, so they would head up with sacrifices, which often included young maidens and small children. In the 16th century the Spaniard called the Masaya volcano the “Mouth of Hell” and placed a wooden cross at the top of the crater to rid the volcano of the Devil and his demons who were thought to inhabit it.

Leon Cathedral was declared a patrimony of the humanity by the UNESCO in 2011. the biggest in Central America. This is the most prominent building of the city of Leon. From the rooftop you can see churches and other prominent buildings. You can also see the area around Leon and also many volcanoes if the sky is clear.

From inside the Cathedral you can see the great architecture and rich decorations. 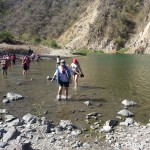 Definitely this is one of wonderful beauty of Nicaragua. The Somoto Canyon was declared a National Monument on November 29, 2005.

The Canyon is believed to have formed 5 to 13 million years ago during the Miocene period.

After it’s decovery in 2004, the Somoto Cayon has been developed into a tourist attraction.

Managua City the capital of Nicaragua